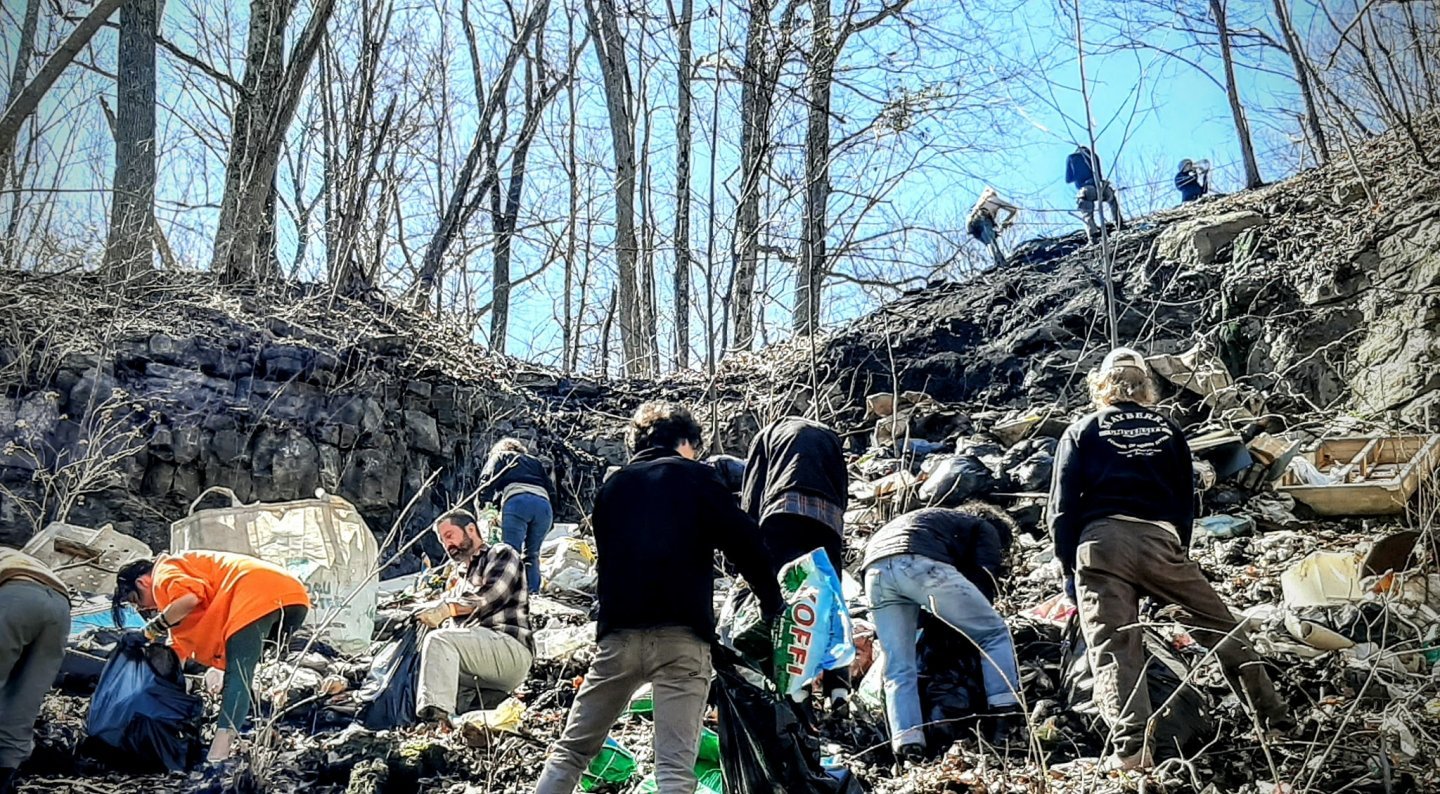 The NSS conservation Expo and The Nashville Grotto have partnered with other agencies & grottoes to do a major clean up in Savage Cove this last weekend. Despite following a major tornado outbreak throughout middle Tennessee, we were joined by volunteers of all ages from Huntsville Grotto, Chattanooga Grotto, East Tennessee Grotto, Sewanne Mountain Grotto, Upper Cumberland Grotto, the NSS Conservation Expo, students from The University of the South, and some folks that had no affiliation at all.

Meet up and base of operations was at the Beersheba Springs Community Center located in Beersheba Springs, TN where on March 6 we started preparing the worksite and continued through March 8.

The actual cleanup was initiated nearly a decade ago by Julianne Ramsey who through her hard work and diligent efforts finally got the wheels of bureaucracy moving in order to make this event happen. When the area was first described by Julianne during our February meeting, we had no idea of the amount of work it would entail, but we were able to do what many thought was impossible in under three days. Hundreds of bags of trash, over 200 tires, and countless piles of large objects were removed from the site.

We received some good news when the county mayor stopped by and was excited about the progress that was made in one day of cleanup. The mayor informed Fenn Spencer, that the county will step in and complete the cleanup, at county cost. Fenn explained to the mayor that cavers are still needed for the rope work involved to move the trash up to the dumpsters, and to help supervise the remaining cleanup. The mayor agreed. So a few of us will be headed back down to Savage Cove to assist the Mayor’s office in completing the cleanup.

This means that the time, money, & efforts put into doing this clean up was well worth it.